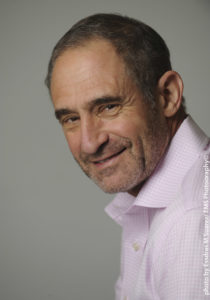 Daniel Isenberg (@danisen) is founding executive director of the Babson Entrepreneurship Ecosystem Platform and Adjunct Professor at Columbia Business School. From 1981-7 and 2005-9 Dan was a professor at the Harvard Business School, and in the interim (1987-2005) was an entrepreneur and venture capitalist in Israel. Dan authored Worthless Impossible and Stupid: How Contrarian Entrepreneurs Create and Capture Extraordinary Value (Harvard Business Review Press 2013), and over 30 digital and print articles on entrepreneurship in the Harvard Business Review. He has been featured in the Economist, Forbes, NPR, Bloomberg, Wall Street Journal, Financial Times, etc. Dan has been a pioneer in the concept and development of entrepreneurship ecosystems, Scale Up® methodologies, and the Scalerator®, and Dan and his colleagues have founded and directed Manizales-Mas, Scale Up Milwaukee, Scale Up Rio, Scale Up Atlantic Canada,  Scale Up Guatemala, and ScaleratorNEO. Since 2009 Dan has conducted World Economic Forum events at Davos, Africa, Europe, Latin America and China, and from 2015-2017 was an associate at the Harvard Kennedy School of Government’s Growth Lab. In 2012 Mikhail Gorbachev awarded Dan the Pio Manzu Award for “Innovations in Economic Development.” At Babson Executive Education, Dan created the 3-day program, Driving Economic Growth Through Scale Up Ecosystems.

Dan holds the Ph.D. degree in social psychology from Harvard University. He lives in Watertown and in his home town of Woods Hole, Massachusetts, and has 4 grown children and 2 grandchildren. Dan enjoys salsa dancing (On2), jazz, collecting wine, fishing; nevertheless, he is most excited about spending time with his kids and his grandchildren, helping his devil investments grow, and being continually surprised by what entrepreneurs around the world can accomplish. 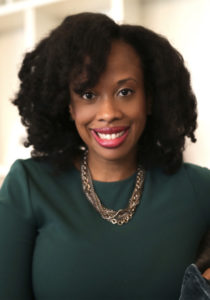 Lauren is the cofounder and COO of Black Women Talk Tech, the largest membership organization and only conference for black women founders. She is also the cofounder of Fundr, a platform that automates seed investing by creating portfolios of vetted startups for angel investors.

Prior to this, Lauren founded KeepUp, a social listening platform. Her companies have won multiple awards including 43North and the Advanced Imaging Society’s Distinguished Leadership Award. She has been featured in The New York Times, Elle, Inc and Black Enterprise and has been listed as a top female entrepreneur in CIO Magazine, Essence Magazine and Entrepreneur Magazine.

Lauren started her career as a special education teacher with Teach for America and went on to develop marketing and data strategy for over 100 global companies. She has her BA from the University of North Carolina at Chapel Hill and her MBA from Northwestern’s Kellogg School of Management. She is on the board of advisors for SXSW Pitch and is the board chair of Talk Tech Association, Black Women Talk Tech’s non-profit arm.