Music as an Entrepreneurial Venture. 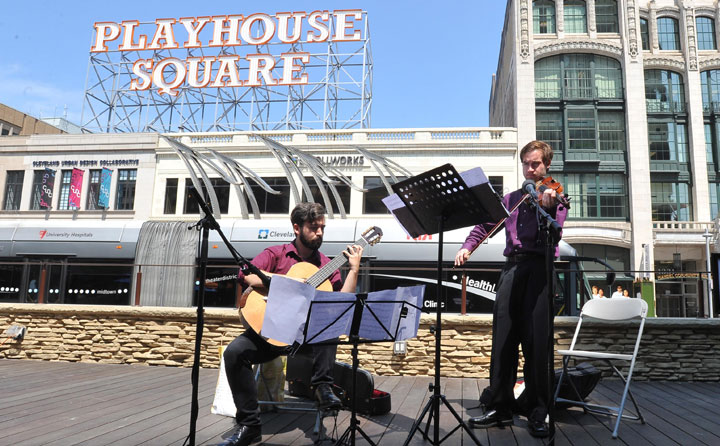 The 75-minute live online panel discussion will include an opportunity for audience questions. The session is open with advanced registration and there is no charge for participation.

The annual Deshpande Symposium, Co-founded by the Deshpande Foundation and the University of Massachusetts Lowell in 2012, brings together like-minded practitioners focused on accelerating innovation and entrepreneurship across the college and university environment and representatives from business and industry. The 2021 Symposium will be held virtually on June 10-11. 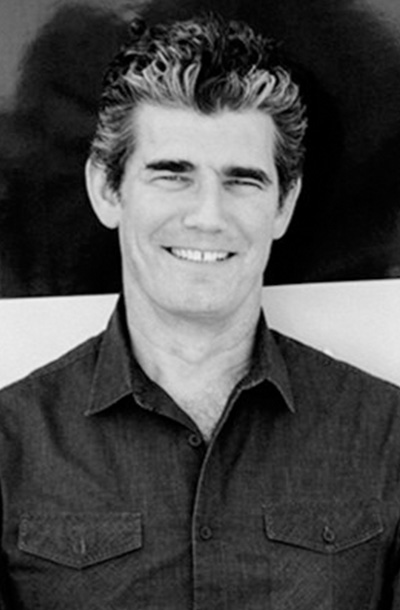 Greg Harris is in his eighth year as president and CEO of the Rock & Roll Hall of Fame and Museum. The Museum is 25 years old, has welcomed 13 million visitors, and has had an economic impact of over $2.2 billion in the region. As CEO, he has guided the organization through an era of unprecedented transformation with a focus on innovation to drive growth. Under his leadership, the Museum has significantly increased attendance, revenue, fan engagement and community impact in fulfillment of its mission to “engage, teach and inspire through the power of rock and roll.”

Before joining the RRHOF, Greg spent 14 great years as a senior executive at the National Baseball Hall of Fame and Museum in Cooperstown, New York, where he advanced from curating the Hall of Fame’s broadcast media collection to ultimately serving as vice president of development. He launched and grew multiple new divisions, led their earliest online collaborations, worked directly with inductees and created a strong national network of donors, sponsors and influencers.

Greg’s passion for music stoked the shift from baseball to rock and roll. In the 1980s, he and a partner founded, owned and operated the legendary Philadelphia Record Exchange, a retail store that specializes in selling rare, used and independent records. The store mirrored and amplified his love of soul, blues, country, folk, punk and other forms of rock. He also served as a road manager for a nationally touring group and played bad guitar in garage bands. A native of Bucks County, Pennsylvania, he holds a B.A. degree in history from Temple University and an M.A. from the Cooperstown Graduate Program for History and Museum Studies. 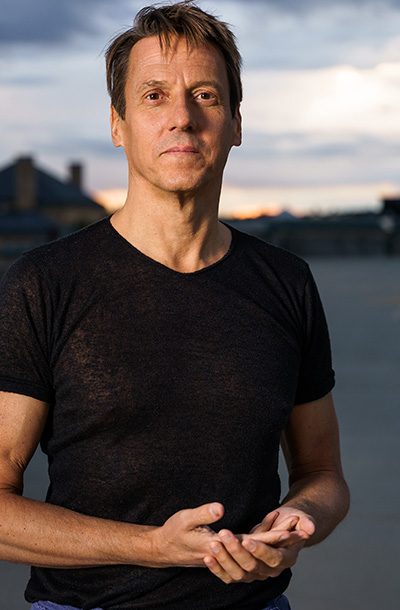 Alan Williams is a professor of music, a past Donahue Endowed Professor of the Arts, former chair of the department of music, and coordinator of music business at the University of Massachusetts Lowell. He earned both an M.A. and a PhD. in ethnomusicology from Brown University, and a B.M. in third stream studies from the New England Conservatory of Music. He has published chapters in The Art of Record Production (Ashgate Press, 2012), The Oxford Handbook of Applied Ethnomusicology (Oxford University Press, 2015), and in Critical Approaches to the Production of Music and Sound (Bloomsbury Press, 2018), along with several articles in peer-reviewed journals. He has presented his research at numerous conferences and symposiums over the last two decades. In addition to his scholarly publications, he also writes, records and performs under his own name, as well as with his ensemble, Birdsong At Morning. He also operates Blue Gentian Records, and has many credits as a producer, engineer, and musical director for artists such as Dar Williams, Patty Larkin, Kris Delmhorst and Stephanie Winters. 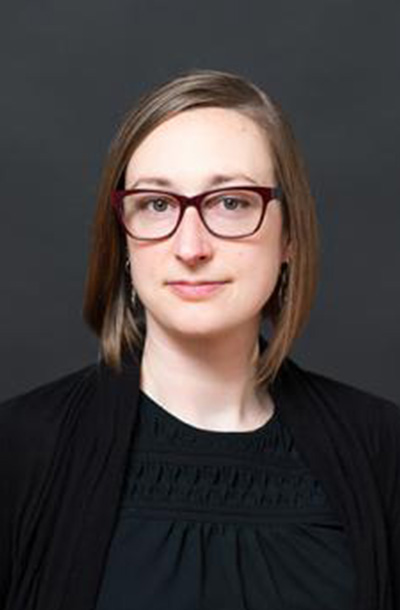 Hailed as a “bassoon virtuoso” (Chicago Reader), Dana Jessen tirelessly seeks to expand the boundaries of her instrument through original compositions, improvisations, and collaborative work with innovative artists. Over the past decade, she has presented dozens of world premiere performances throughout North America and Europe while maintaining equal footing in the creative music community as an improviser. Her solo performances are almost entirely grounded in electroacoustic composition that highlights her distinct musical language. As a chamber musician, Dana is the co-founder of the contemporary reed quintet Splinter Reeds, and has performed with Alarm Will Sound, Amsterdam’s DOEK Collective, the San Francisco Contemporary Music Players, and the Tri-Centric Ensemble, among many others. A dedicated educator, Dana teaches at Oberlin Conservatory, where she is the Director of Professional Development and Associate Professor of Contemporary Music & Improvisation. 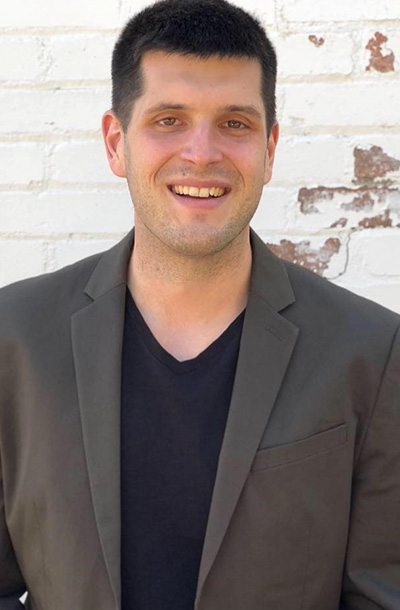 Dr. Sean Murphy is assistant professor of arts management and entrepreneurship at Baldwin Wallace University. He also serves as the area coordinator for BW’s Music Industry program, which was named to Billboard Magazine’s list of Top Music Business Schools for 2020. Working with many leading composers of the wind band idiom, Sean is the founder of Murphy Music Press publishing, which has been celebrated for its “intentional diversity and inclusivity” by ASCAP board-of-directors member and composer Alex Shapiro. As a saxophonist, Sean is a Selmer-Paris artist whose performances have been described as “truly beautiful” by Jamie Bernstein. His debut album, Rediscovering Bauzin, was “warmly recommended” by Fanfare Magazine, and his articles on saxophone performance, pedagogy, and entrepreneurship have been published in both domestic and international journals. 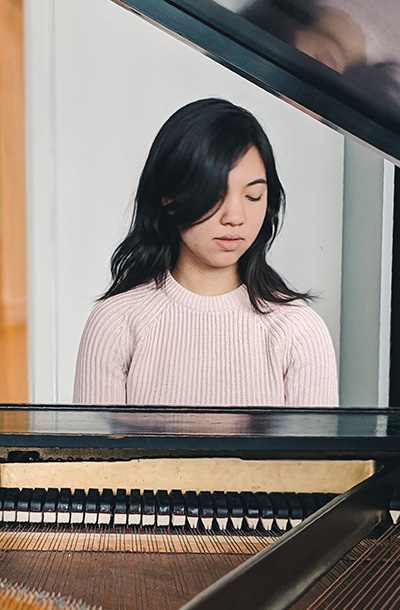 Pianist Amber Scherer, 23, is a Chicago native of Korean and German descent. She began playing at the age of six, and studied pre-college with Dr. James Giles of Northwestern University and Marta Aznavoorian of the GRAMMY-nominated Lincoln Trio. Amber has concertized throughout North America, South Korea and Spain. She is a competition veteran, having received awards from the Music Teacher’s National Association and Arthur Fraser International Piano Competition. She has soloed with the Oistrach, Harper, Northeastern, and Oberlin Conducting Orchestras. She is also a two-time national silver medalist in the National Spanish Exam.

Amber currently studies at Oberlin College and Conservatory, majoring in piano performance (with Alvin Chow) and psychology. During her time at Oberlin, Amber has become an avid chamber player. She performed as a featured pianist in a production of Stravinsky’s “Les Noces” at Carnegie Hall, and was a multiple-time winner of Oberlin’s honors auditions. She has developed a vested interest in duo-sonatas; as of May 2021, she will have performed 16 duo-sonatas with Oberlin classmates in recital.

Amber is also dedicated to championing new and underrepresented composers. Her live recording of Liam Kaplan’s “Eight Preludes for Solo Piano,” which was written and dedicated for her, received the 2019 National BMI Student Composer Award. She has a particularly deep love for Asian classical music, and has won awards in the Sejong Cultural Competition. She premiered an electro-acoustic work by Chinese-American classmate Rachel Gibson last winter, and will premiere a set of works by pianist Ni Hongjin for the first time outside of China in 2021.

During the 2020–2021 season, Amber has served as interim vice-president for the Oberlin Conservatory Council of Students, co-communications director on Oberlin student senate, and as a performing member of Students for Gender Inclusivity in Music. She hopes to continue performing chamber music and study the applications of music to psychological health. 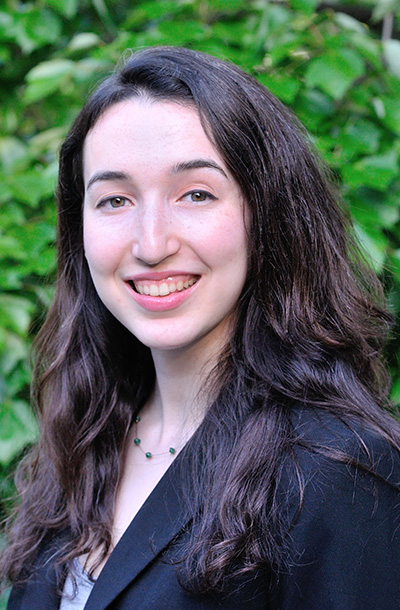 Charlotte Maskelony is a senior at Oberlin Conservatory, where she studies voice and directing. She recently associate directed Oberlin’s debut remote opera, a double bill of “La voix humaine” and “The Telephone,” and she also produced an in-person, COVID-safe outdoor screening of the show. Her credits include directing and self-producing “Dating from a Distance,” a collaboration between her remote production of “At the Statue of Venus” and the student-designed dating app Paire; designing the project “Understanding American Site-Specific Opera” with Eric Einhorn, General Director of On Site Opera; assistant stage managing “Turn of the Screw;” and assistant directing the Midwest premiere of “Angel’s Bone.” In summer 2020, Charlotte was the Communications & PR intern at the Glimmerglass Festival. She has written for Oberlin Conservatory communications since August 2019. One of 11 students selected for Oberlin’s inaugural Music Leadership Career Community, she is a recipient of the XARTS Fund Grant for interdisciplinary artwork, the Student Success Fund Grant, the John and Emma Demuth ’68 Scholarship, and the Conservatory Dean’s Scholarship. 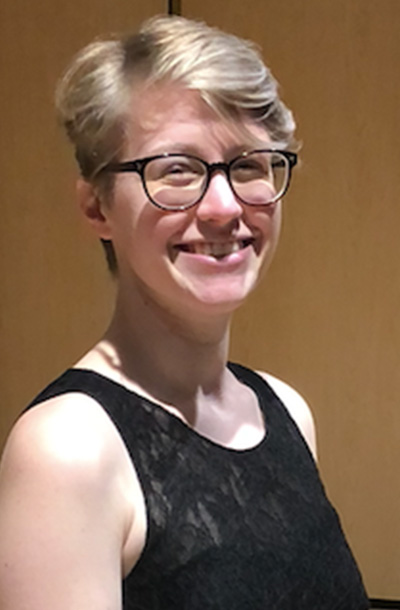 Lesley Rudin is a senior at Baldwin Wallace University double majoring in viola performance and music history. She studies with Lembi Veskimets, and is a member of the Baldwin Wallace Symphonic Orchestra, as well as multiple chamber ensembles. Lesley has been invited to Green Mountain Chamber Music Festival to study viola performance, as well as the College Light Opera Company to perform in the pit orchestra. She is in the process of creating MusicUniversities.com, a website intended to match high school students with college music programs — a project she pitched to the Baldwin Wallace and regional EEC IdeaLabs competitions (where it took first place and fourth place, respectively). 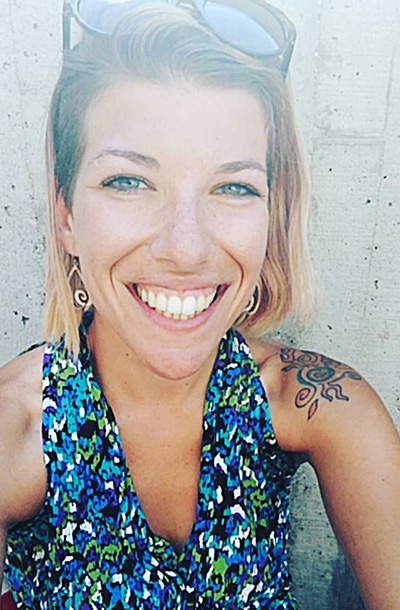 Savannah Marshall is an adjunct professor of both music education and music performance at the University of Massachusetts Lowell. Marshall is the founder of Fresh Beets, a community-centric street food and music experience that brings revelry to daily life. Marshall is also the co-leader and principal percussionist of The Party Band, a 20+ piece, Lowell-based, original brass band that delivers the party to the people. She has been a professional musician and music educator specializing in percussion and community music for the last 10 years. She holds bachelor’s degrees in music education and psychology, and a master’s degree in community music, from UMass Lowell.